Walsh Plant Services, a southern service dealer of Kubota equipment, has renovated an original KH10 mini-excavator, the first ever model produced by the manufacturer in 1979, to celebrate the significant milestone of Kubota selling its 50,000th excavator in the UK and Ireland this year.

James Walsh and his team spent three months stripping down the KH10 model, refurbishing each individual component and rebuilding the machine in its entirety. The result is a mini-excavator that has been restored to full working order, utilising the original engine and pump, since it was first introduced more than 37 years ago.

In addition to the restoration of the KH10 mini-excavator, Kubota UK also produced a ‘special edition’ gold painted KX-71 machine, considered to be a modern day equivalent to the KH10. This machine was donated to construction industry charity The Lighthouse Club who auctioned the machine at its prestigious 60th anniversary Summer Ball, raising £26,000.

James Walsh, Company Director at Walsh Plant Services, said: “We were very flattered to be asked by Kubota to renovate its original mini-excavator as part of its 50,000th mini-excavator sale celebrations. To be able to refurbish a machine back to full operation that utilises all the original critical components is a testament to the manufacturing standards set by Kubota.”

Dave Roberts, Managing Director of Kubota UK, said: “Kubota was the first company to introduce and pioneer the concept of mini-excavators into the UK back in 1979, so to see our first machine returned back to full working order by Walsh Plant Services is great to see and give us an opportunity to reflect on how much we have achieved in the construction industry since.

“In 1979, Kubota sold only 41 machines and to be able to now celebrate our 50,000th excavator sale in UK and Ireland less than forty years later is a fantastic achievement by all at Kubota.” 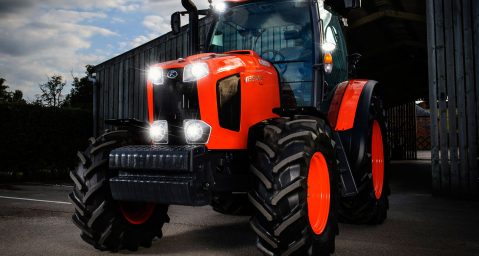 Kubota UK is helping its customers gear up for winter with the launch of its new ‘Vision’ campaign. 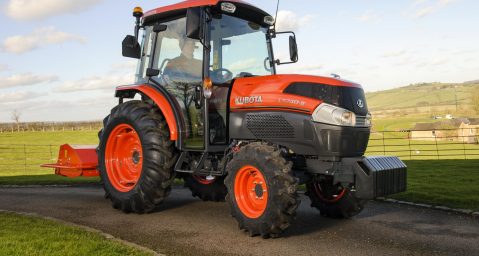