Having being impressed by the reliability, fuel economy and simple operation of the M128X, the Greet family, beef and sheep farmers in Devon decided on a second Kubota – a M110GX as the logical successor.

The Greet Family in  Devon have run a Kubota M128X tractor for the last four years, relying on it every day for nearly every task, from lugging a 9 tonne spreader to power harrowing on their 295 hectare beef and sheep farm. With over 2000 hrs on the clock, the family wanted to  get a newer model to further help around the farm.

After contacting their local dealer MST and a on farm demo, it was an easy and unanimous decision to buy a second Kubota, having being impressed by the reliability, fuel economy and simple operation of the M128X, the M110GX was the logical successor.

“We want to know you can get on, just turn the key and it will just do it!”

Mainly used for yard work, the M110GX is already earning it’s keep, making light work of loading straw bales, sileage and fertiliser.  Operated by three generations – from grandad to grand daughter alike the M110GX is already a firm favourite for lots of different reasons. Whether it’s an easy to get in cab or the M110GX’s push-back hitch, features Kubota have considered to help make everyday working easier. Commenting on the hitch, son in law Steve suggested, “It’s easy to see from the seat when hooking up – the hitch comes out and it’s quick to then hook up. The spools and hydraulics are easy to get to, it’s straight forward to work with”

Similarly Kubota innovations such as the Kubota bi-speed turn feature (standard on all Kubota tractors from 60HP) comes into its own in the field on headland turning or on the yard where space can be limited.

“I like to use for ploughing, it brings the front end round easily and when you want to turn it works well”. 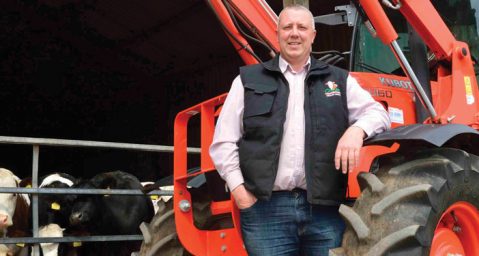 Running a busy farm demands machines that are hardworking and reliable, which is why Richard Eccles, dairy farmer chose a M9960 to add to his fleet of four Kubotas. 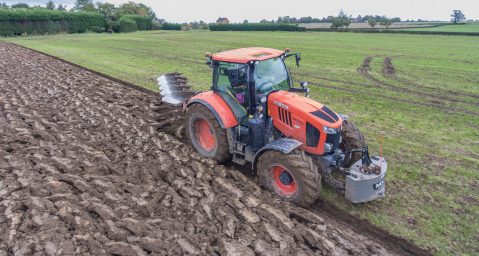 Tilley Park Farm is no stranger to seeking out niche opportunities to add value to its farm produce. 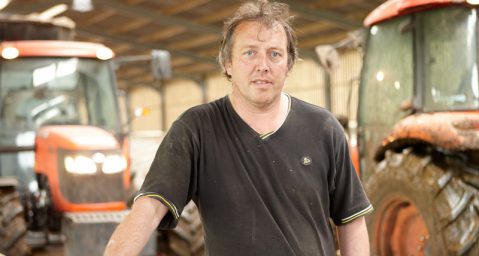 Howell Richards, a 1st generation dairy farmer owns and runs a major dairy farm based in Carmarthenshire. With a recent expansion to 1700 Holstein’s…